It has been proven: audiences love features about Flytrippers.
We'd love for you to tell our story; here's everything you need to know.

We are two Canadian travelers who had been spotting flight deals so good that their friends wanted to know how they did it.

Flytrippers was born. Since our launch in Montreal, we’ve revolutionized the way people book travel:

by selecting one of the many destinations that are deeply discounted by airlines once we’ve published them on our website.

WHY YOUR FEATURE
WILL BE A HIT

– Travel is such a shareable topic that makes for great reach

Flytrippers is NOT a booking site:
it’s a completely different concept.

Users don’t enter travel dates:
we only show the discounted dates
(often 50% off the “normal” price)

A FEW FLIGHT DEALS WE'VE SPOTTED FOR OUR USERS

– Montreal to Singapore/China for $499 RT

– Calgary/Edmonton to Hawaii for $399 RT

– Vancouver to China/Thailand for $449 RT

– Toronto/Montreal to the Caribbean for $199 RT

– Toronto/Montreal to Iceland for $179 RT

– Many cities to Central America for $299 RT

*all deals are roundrips and all taxes included

The articles about our launch in Montreal IN 2017 went viral and were very popular with audiences, especially online:

In total, there were hundreds of thousands of interactions with articles about the launch on social media alone (despite only being featured in Montreal media outlets at the time) 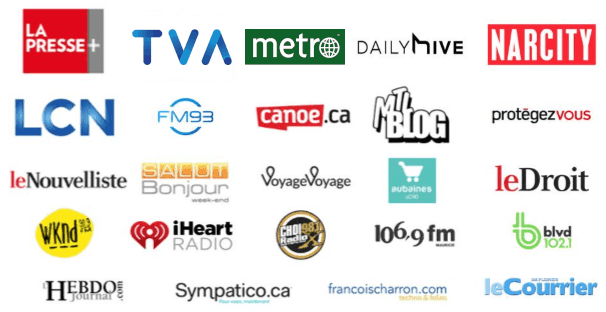 AND MANY MANY OTHERS…

Flytrippers was a hit in Quebec... and now helps all Canadians

Find us on social media